The emergence of Mikron Tool is closely linked to the history of the Transfer Machine manufacturer Mikron SA Agno. Based on a decades long experience as a supplier of tooling for Rotary Transfer Machines, the still young company can look back on a long tradition.

In 1908, the watchmaker Karl Lüthy founded the machinery factory Mikron AG in Biel, taking  over the mechanical workshops of Henri Hauser with 35 employees.

In 1986, Albe was taken over by the Mikron Group and renamed Mikron SA Agno. From then on the in-house capability to produce their own tungsten carbide drill bits became more and more important. The emphasis was on special tools with high life expectancy and precision which are crucial in making sophisticated Rotary Transfer Machines reliable and efficient.

In 1998, Mikron Tool SA Agno was founded as a "spin-off" of the former in-house Cutting Tools department of Mikron SA Agno. It started with a team of 25 people. While continuing supplying best drill bits for Mikron machines they also gradually acquired a reputation as a quality supplier of solid carbide tools in small to midrange sizes.

In 1999, Mikron Tool launches with the industry drill CrazyDrill Steel, the first standardized product family and thus the fastest and best small drill bit for steel in the world. The name stands for the "crazy" cutting speeds and feed rates, for the longest tool life and process reliability. Up to 20 times faster drilling compared to the  standard drills available on the market is a reality. Soon other “crazy” products followed. The standardized twist drill grinding belongs now again to everyday life.

In 2002, the CrazyLine expands by another product, the pilot drill CrazyDrill Pilot, a perfect extension of the already existing families. In the same year, the company obtains the ISO 9001 certification for its quality management.

In 2003, Mikron Tool Rottweil comes into existence as a base for the sale, but above all for the regrinding of Mikron Tool tools in the European region. Special tools are soon manufactured here too.

In 2004, CrazyDrill Cool expands the product range and as a result also small metal work drills with internal cooling are available from stock.

In 2005, Mikron Tool sets up an inventory in the USA and creates a sales organization based on a network of representatives and local distributors.

In 2007, a new micro drill line was initiated: MiquDrill stands for Mikron quality and addresses above all customers with small production series.

In 2008, the branch in Rottweil (DE) moves to a newly built facility and thus expands further the production capacity. 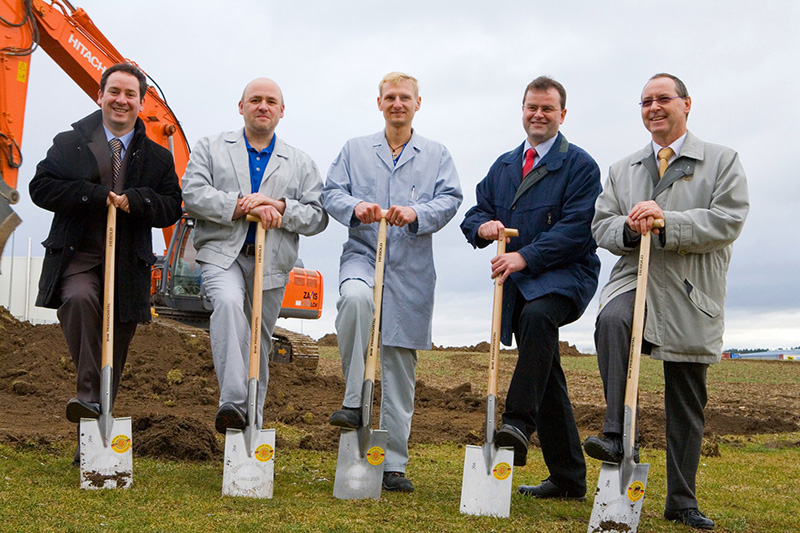 In 2009, Mikron Tool enters with the CrazyMill product line in the milling operations area, for the time being with a series of deburring cutters for all possible processing operations (such as deburring rear side of bores starting at 0.4 mm (.016")).

In 2012, Mikron Tool decides to offer local technical support also in Asia. Now the customers are served directly from Shanghai.

In November, the innovative strategy was rewarded with the Prodex Award, a Swiss prize for the most innovative products in the manufacturing and production areas. Mikron Tool was awarded the second place for the development of CrazyDrill Flex, a revolutionary, flexible micro drill.

In 2013, Mikron Tool sets a milestone in milling technology with the launch of the CrazyMill Cool micro cutter specially designed for stainless steels, titanium, Cr-Co alloys and superalloys. With this, Mikron Tool makes a quantum leap in the milling of difficult materials in the small diameter range with performance of up to 20 times higher than it is possible at present. Also this product is bestowed with the Prodex Award: first place in 2014! 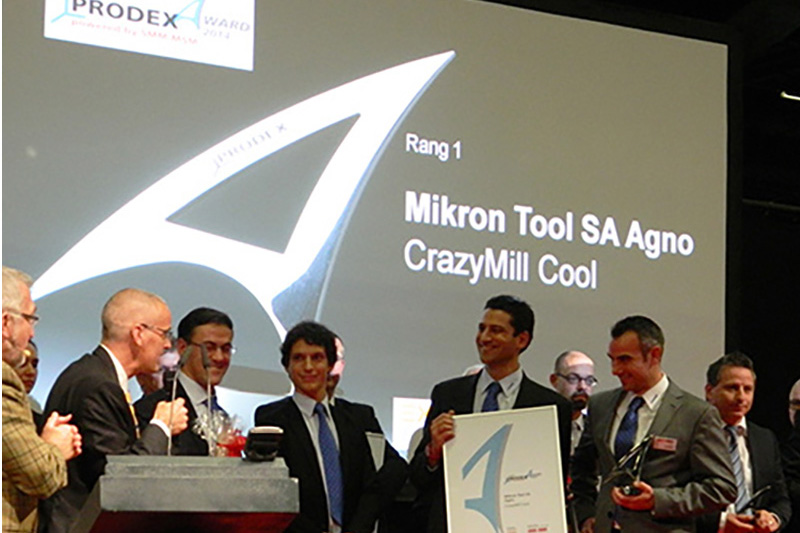 In 2014,  Mikron Tool concentrates on the development of the CrazyDrill SST-Inox micro drill entering resolutely the field of difficult to machine materials in smallest dimensions.

In 2016, a new Inox drill, CrazyDrill Cool SST-Inox, is arriving with a revolutionary cooling system. Cooling channels with a drop-shaped cross-section bring up to 4 times more coolant up to the drill tip.

In 2018, Mikron Tool becomes an independent division within the Mikron Group, an important step in strengthening the tool business.

In 2019, Mikron Tool receives the Prodex Award for "Best Performance Company," a prize awarded by an independent jury at the Prodex Industrial Exhibition in Basel. 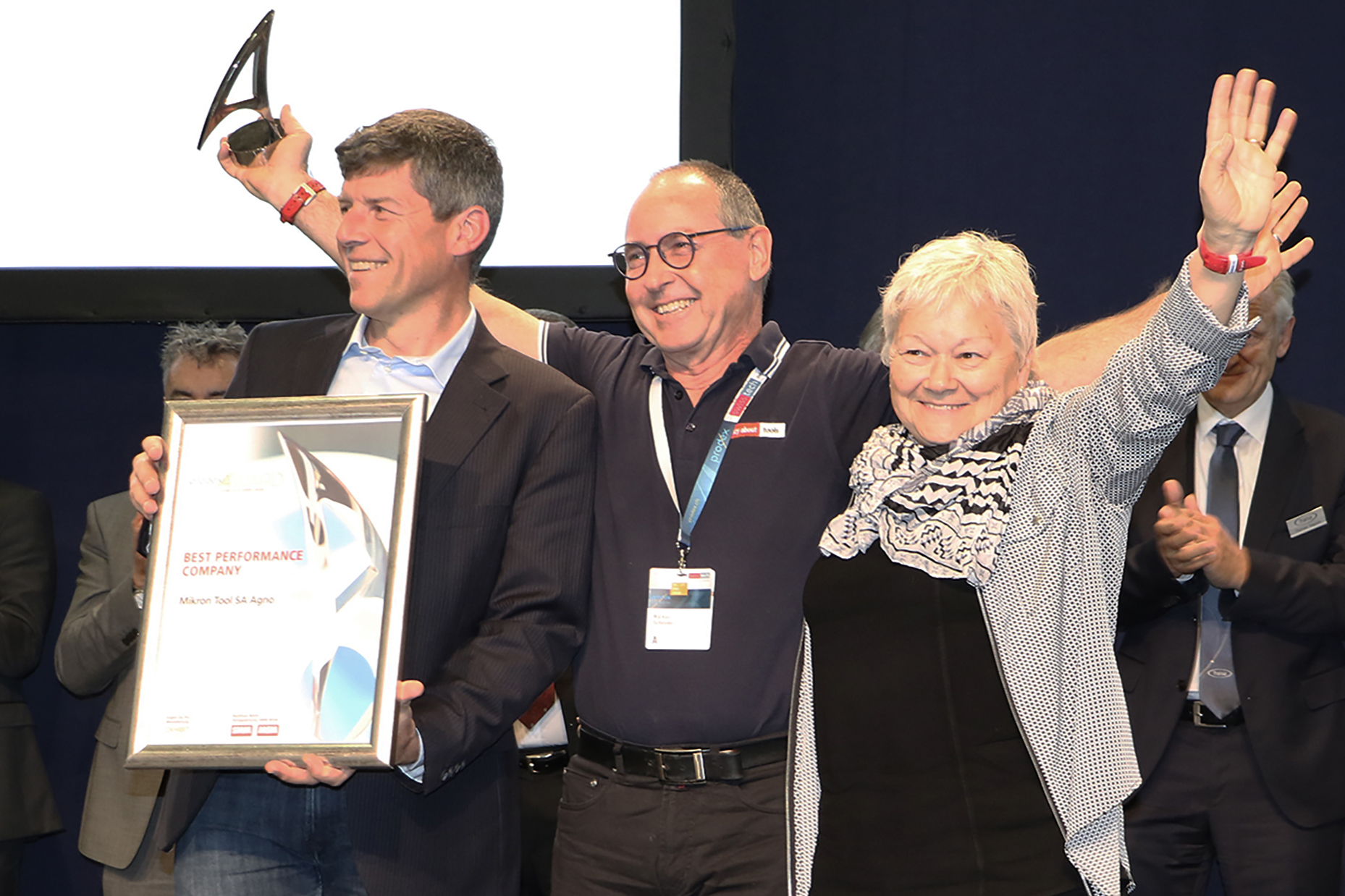 Mikron Tool becomes a new DMQP partner (DMG MORI Qualified Product), expanding the portfolio in the segment of precision cutting tools for hard to machine materials for the largest worldwide manufacturer of machine tools. This cooperation is officially sealed on the 50th year's celebration (June 13th) of DMG MORI Switzerland.

Construction of a new production building in Rottweil. The groundbreaking ceremony takes place on July 16th in presence of all personnel and members of the Mikron Group, as well as representatives from the city of Rottweil and the building contractor. In November, also in Agno starts the work for the enlargement of the production area.